Answer: The Economist. The person is James Wilson. 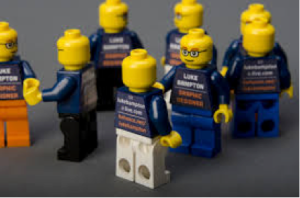 Answer: The Stig from Top Gear