Q.1. Which organisation got into trouble with The Khadi and Village Industries Commission for selling its cotton garments as Khadi products?

Q.3. The Human Side of Enterprise is a book written by which person? He is famous for his Theory X and Theory Y.

Q.4. Reliance Capital sold its 1% stake in which Fintech company?

Q.5. Aditya Puri is associated with which bank?

Q.6. Pranay Chule is associated with which company? Hint- A word meaning faster.

Q.7. Hoshangabad has a Paper Mill that strategically caters to the printing  and distribution of currency in India. It is in which state?

Q.8. Maple Leaf Investments are associated with which country?

Q.9. UD is a cosmetic brand. What does UD stand for?

Q.10. Good Food, Good Life is the tagline of which giant?

Q.12. Identify her or the company that she heads.

Q.13. Which entrepreneur is known as “Feng Qingyang” in China?

Q.14. Dio is a two wheeler brand in India owned by which Japanese automobile giant?

Q.15. This is the logo of a company that was acquired by Oracle. Identify. Q.16. What one word term means “a period of temporary economic decline during which trade and industrial activity are reduced, generally identified by a fall in GDP in two successive quarters ?”

Q.17. Question on loss of revenue in Tirumala Tirupati Temple due to high subsidy and free distribution of Laddu

Q.18. Identify this person who created a professional networking website.

Q.19. Tom Anderson and Chris Deewolf are the founders of which social networking website? 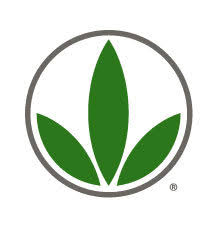 Q.1. Aerial ambassadors are associated with which company?

Q.2. In MAC Cosmetics, What does MA stand for? Hint: It stands for section of people who use it.

Q.3. Dow Chemicals is credited to have created this reusable bag. What are we talking about?

Q.5. Tata Adventure Academy is headed by which Indian?

Q.6. Turnberry Golf Resorts are associated with which person?

Q.7. Which word comes from French for Purse? It means a a person who manages the financial affairs of a college or school.