Q.2. In 1913, a draft was drawn on the name of Chartered Bank .It was the most valued draft at the time, and was presented to its receiver. What honourable draft did the Chartered Bank draw?

Q.3. Name the petroleum company behind these gourmet- style cafes at petrol pump outlets. These are present in Europe, Asia & Africa.

Q.6. Called “Beyond”. It is 32 room resort with various rooms like – Red Room, White Room. What is so unique about this category of holiday resorts.

Q.7. Started on Jan 3, 2012 by Ambareesh Murty and Ashish Shah. Its name is derived from something that is honest and a spice that is ‘proudly Indian’ and a slang word for ‘fun’. The company embraces Indian talent, craftsmanship and business acumen. Which company did they establish?

Q.8. Identify a huge enterprise by her.

Q.9. In December 2014, which company patented 18 Carat Gold, instead of metals used in alloys, a low density ceramic was used to make the gold harder?

Q.10. Described as a pressing need in today’s age, what is “emotional neutrality” in finance?

Ans. The concept of removing greed, fear, superstitions and other human emotions from financial or investment decisions.

Q.11. This famous lady is the only woman on an US Dollar bill. Identify her.

Q.12. This is the flag of the 4th largest German City. Originally it was a Roman province. The name is signfies of a luxury type of water. Name it.

Q.14. What term originated by this practice started by Lesley Red, of carrying a pig after a victory?

Q.15. What word meaning “treasure” is the Luxury Lifestyle stores of Taj Hotels?

Q.16. He is a French publisher/designer whose Late 1800s design is now eponymous with works of Harry Potter and Hunger Games. What?

Q.18. First plant is in Nangloi (Delhi) in 2003. The second  plant came up in Danapur, Bihar. It catered to places such as Bihar, Howrah and Sealdah. Now, facilities have come up in Tamil Nadu and Bangalore. What product is manufactured in these places?

Q.22.   Short film released in 1968. First film by this iconic guy. Later became the name of his production venture. Who is he?

Q.1. Originally known as  ‘Cine Morelos’ in Morelia, Mexico. It is the largest chain in Latin America and the fourth largest in the world, with over 334 theaters, 3,187 screens and over 27,177 employees throughout Mexico, Gauatemla, El Salvador, Costa Rica, Panama, Colombia, Brazil, Peru, India and the United States. How do we know this company better?

Q.3. They are the founders of?

Q.4.  What special type of institute was established in the year 1881 for the first time in the United States, to train the future leaders to conduct corporations and public organizations in a rapidly evolving industrial era?

Q.6. ‘Thrill’ is an aerated beverage introduced by which business tycoon?

Q.7. Which company was founded by them? 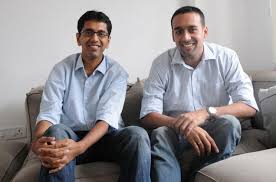 Q.8. What is special about the football match of Manchester United on 31st January 2010? (Hint: Something happened for the first time in the history of Indian television)

Q.9. According to Gaurav Jain, the founder of this eatery chain, the name has a nice Punjabi feeling and also reminds of a very famous Qawwali song. Name the eatery chain.

Answer: A situation where managers or executives initiate an overly ambitious project which then fails. Fueled by excitement for the project, the executives are unable to reign in their misguided enthusiasm before it is too late to avoid the failure.

Q.11.  It is a slang term used to refer a situation where a person invests without any knowledge. What is it referred as?

Q.12. What does the term sub-lebrity mean?

Answer: A so-called celebrity who despite occasionally appearing on the news or in a newspaper has no real relevance to our lives in any way whatsoever. And has no real talent. 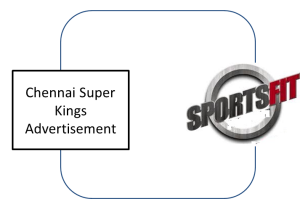 Q.14. With a dimension of  9.7 by 6.3 centimetres, it is made of 100 per cent cotton rags. It will weigh 90 grams per square metre and have thickness of 110 microns. It will have the bilingual signature of Rajiv Mehrishi. After a gap of 20 years, what is being re-introduced again in the year 2015?

Q.15. Born on 27 June 1964 in a Kashmiri Pandit family of landlords and army officers. Her father retired from the army in 1983. She had two brothers, one of whom works for a bank; the other is in the Army.  She graduated from the Government College for Women in Srinagar, where she studied during 1986-88.  She was a sales manager in the Dubai-based TECOM Investments, and a co-owner of the India-based Rendezvous Sports World. Identify the Indo-Canadian businessperson and the wife of Indian diplomat.

Q.16. Which shareware file archiver and compressor utility was created by Eugene Roshal?

Q.17. Making of which company’s logo?

Q.18. Mel Haney is the fictitious mascot and coverboy of which magazine?

Q.19. Connect to a personality.

Q.20.  The Tata Sustainability Group announced the appointment of Ms Anita Rajan as the Chief Operating Officer of  Tata Strive. The initiative will require that Tata companies work together with non-Tata companies, NGOs, foundations, Union and State Governments, and, in particular, the Ministry of Entrepreneurship, Youth Affairs and Sports.  The knowledge expertise within Tata companies will bring in quality into the training programmes, besides appropriate certification and measurement of outcomes. Tata Strive address what pressing issue? 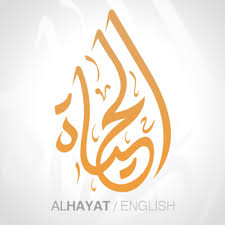 Q.22. With which telecom company would you associate this place with? 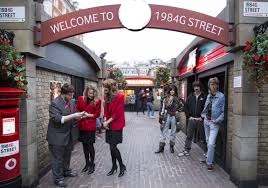 Q.23. Which entrepreneur would you associate with The Dearborn Independent?