Ans. Masuri Cricket Helmets
2 Which Football Club recently bought US based data company StatDNA company is an expert in the field of sports data performance analysis?
Ans. Arsenal
3) Pink Revolution is associated with which product?
Ans. Beef
4) Which Indian personality appeared in this movie which won the 2010 Academy Award for Best Documentary Feature?

Ans. Raghuram Rajan
5) Question on John Scully
6) One of the most common places named as the origin of  X is the town of Mahón in Menorca, Spain, where it was then taken to France after victory over the British at the city’s port in 1756. According to this version, the sauce was originally known as salsa X  in Spanish and maonesa  in Catalan (as it is still known in Menorca), later becoming X as it was popularized by the French. What is I am talking about which mean “yolk of egg” in French ?
Ans. Mayonnaise
7) Diageo India’s renowned brand ______ has announced the launch of its new campaign ‘Be One in a 100′ for its gaming portal _____ . The campaign brings alive its brand philosophy  “Exhorting men to succeed by doing things differently” ? Id which brand ?
Ans. VAT 69
8)  This is the logo of which financial Institution?

Ans. Lloyds Bank
9) Which Financial company has launched a ‘Do Right’ initiative – a campaign that urges parents to inculcate the ‘right’ values in children from a young age, reiterating its ‘We only do what’s right for you’  ?
Ans. Tata Capital
10) Question on the Skateboard invented by James L. Plimopton.
11) Id the brand and name of character? 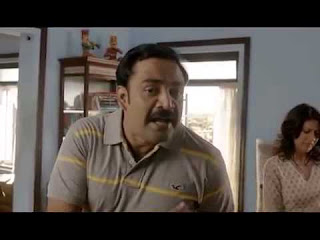 Ans. Rasna
13) Urban Development Minister Venkaiah Naidu replied that the New Delhi Municipal Corporation employs “40 trained young men to do particular job,”. Govt came up with this idea after protests from animal rights activists and a court order ? Identify what is this particular job, they were hired for?
Ans. The men make screeching noises similar to those of black-faced langur monkeys, to frighten red-faced macaque monkeys.
14) This coffee brand was created by The Great Atlantic & Pacific Tea Company (now A&P) in 1859. Despite selling off the brand in 2003, A&P continues to sell this Coffee brand in its family of stores. Id which brand ?
Ans. Eight O’Clock Coffee
15) The term economic ______, coined and popularised by Warren Buffett, refers to a business ability to maintain competitive advantages over its competitors in order to protect its long-term profits and market share from competing firms. what is missing term  ?
Ans. Moat ( Economic Moat)
16) Question on Himachal Tourism
17) Question on Plaster of Paris
18) Which hospitality chain was run by them ?