2. This erstwhile CEOs pop-culture profile was heightened when he was viewed as a role model by the fictional network executive Jack Donaghy on “30 Rock” , on which he made a cameo appearance. In an episode called “Future Husband” Jack Donaghy visits him to find out if this company is really being sold to “Kabletown”. He declares the harsh truth: The sale is inevitable. Who?

3. In 1934, Lord Willingdon, the Viceroy cabled this to the GM of Tata Steel at Jamshedpur:  “TATAS HAVE DONE DONE SPLENDIDLY! -WILLINGDON”. What happened in Bihar?

4. In the late 1940s, Bernard Silver and Norman JW began researching solutions to automatically read product information during grocery checkout after a request from the food chain, Food Fair. Silver and Woodland are attributed with patenting the first ever ______ symbology. What?

6. What triggered the replacement of V12 Convertible with an armoured vehicle in 1939, as the US President’s car?

7. With which business group would you associate Ravi Prakash Khemka?

9. Designed by Ray and Keshavan and Brand Union, the identity is derived from a Yantra, an ancient symbol that depicts an unbounded universe in a perfect mathematical form. At its heart, it is an 8 pointed star derived from the compass which signals the brand’s commitment to expertise in everything that it does. What is described here?

10. It was in 1856, a tannery unit was established on the basis of a vegetable- tanning technique- the name of which was made as a gratitude to the ____ who nurtured the technique in this part of the country and as well patronized the leather products as to be confirmed by the British ruled armed forces identify this technique from Trichy and neighboring areas. What is the technique?

14. We know what is phishing. What is spear phishing?

Ans. It is an email that appears to be from an individual or business that you know. But it isn’t. It’s from the same criminal hackers who want your credit card and bank account numbers, passwords, and the financial information on your PC

15. Which what would you associate him with?

16. The buzzword was coined by Joseph Schumpeter in his work entitled “Capitalism, Socialism And Democracy” to denote a process of industrial mutation incessantly revolutionizes economic structure from within, incessantly destroying the old one. What word?

18. Who is the gentleman with JRD Tata?

19. Here is one of the most famous questions in modern management theory- “How likely is it that you would recommend our company for a friend or colleague?” Who is the author of this question?

20. Which firm is common to the following people- Mark Carney, Mario Draghi and William Dudley?

21. Swatch has recently launched a range of products called “Swatch 51”. Why the number 51?

22. Her name is Rashmi Sinha. With which company would you associate her? 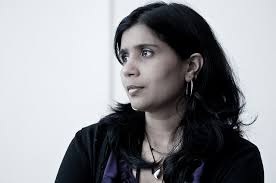 23. His first yacht was “Hyperion”, which he customized to especially be a computer on water. He also owns two other J-Class yachts: 136 feet Hanuman and 295 feet Athena. Who?

24. In a discussion with Lord Curzon, Jamshetji Tata told Curzon that he had two sons and he would be adopting ______ as the third. Tata said he would modify his will and write a codicil. He eventually wrote the codicil in 1904. Who did he adopt as his third son?