Q.1. Which furnishing giant has headquarter in Netherlands and had Tornjorn Loof as its CEO ?

Q.2. In Yekatarinburg, Russia there is a monument to Edward Balami the sci-fi writer, the monument is 2:1 in size and it was predicted as future innovation by Edward in year 1988. Which innovation is this that he predicted?

Q.5. What was developed for Kroger to remove coal stains but now its used more by kids?

Q.7. DEIVEE is an brand owned by which Indian supermodel?

Q.8. Roy Farelll started which airline based out of Australia?

Q.9. This restaurant started in South Africa by Fernando Duarte, specializes in chicken dishes and is now spread world. Name this restaurant which is known for use of a special African spice.

Ans. Wella
Q.11. Bertie Charles started which famous business magazine?
Ans. Forbes
Q.12. Mario and Martina started a brand of shoe for women, that later diversified. They never wanted a woman to run this company but they handed over it to their daughter eventually. Which company?
Ans. Prada
Q.13. John Hendricks started which cable network that now owns brands like Oprah Winfrey Network, TLC and other channels?
Ans. Discovery Networks
Q.14. Billion Beats, a magazine with only positive news was started by which Bharat Ratna awardee?
Ans. APJ Abdul Kalam
Q.15. Which university in Oakbrook, Chicago has its graduates in more than 190 countires?
Ans. McDonald’s Hamburger university
Q.16. Mike Lazardis started which company that was a pioneer in Internet of things?
Ans. Research In Motion/Blackberry
Q.17.  Shepton Dash, Gambit are all mascot of which paint brand?
Ans. Dulux
Q.18. Josephy Cyrell designed which logo that is inclined at 18 degree?
Ans. JCB
Q.19. Question on Steve Wozniak.
Q.20. Identify the logo of famous hotel chain. 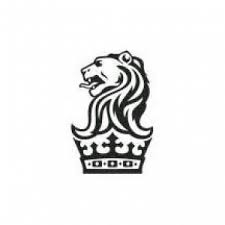